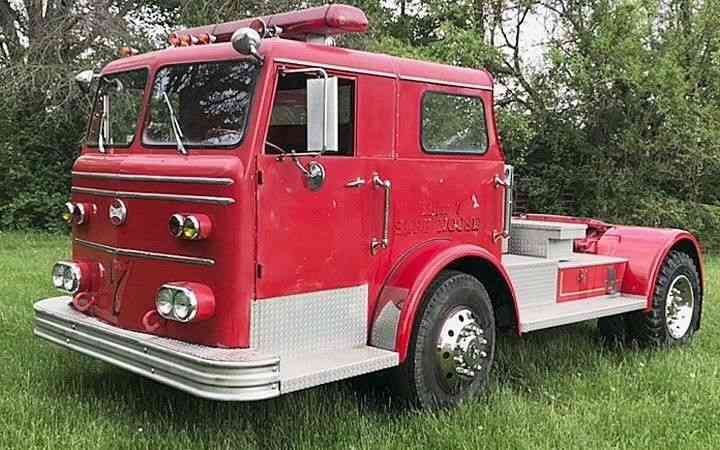 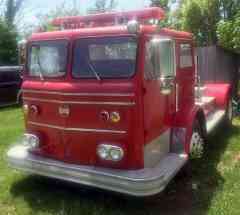 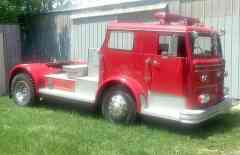 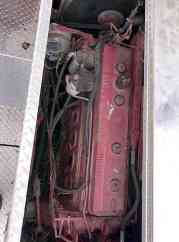 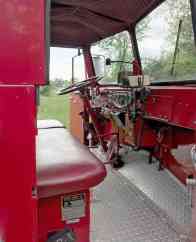 This Maxim Aerial tractor was extensively refurbished in the early 2000s by RPI (still in business refurbing fire apparatus) and the trailer was converted to a Fire Safety House. Grants, local businesses and other sources were sponsors of this educational program and tens of thousands of dollars was put into the refurb and modifications. The truck never served as an “active” fire response vehicle after the refurb.
In addition to being repainted, all the original steel tread plate running boards and floorboards were removed and replaced with aluminum diamond tread plate. It was repowered with a 6-71 Detroit Diesel Electronic Control engine. RPI also added a new 5 speed manual transmission and a new rear axle. There is less than 5,000 miles on the engine.
During the refurb, the tractor and trailer were separated and a traditional fifth wheel /king pin set-up was installed so the trailer could be disconnected from the tractor for service. The Maxim now has a fifth wheel and is set up to pull a standard semi trailer. RPI also rewired the rig and trailer brakes were added (included are the glad hand air lines and pigtail). A gooseneck ball could easily replace the fifth wheel.
There is a Fire Com system with headsets (we have never used them). There is an AM/FM/Cassette stereo in the cab that also plays through the headsets. It has power steering and air brakes. The interior was redone and is in excellent condition. Light bar with marquee panel in center for messages. It will run down the highway at 70-75 MPH with no problems. There are some areas where paint peeled off when removing decals.
When buying the truck our intentions were like many of you, to use the Maxim as a tow rig. After all, what is cooler than a fire truck pulling a trailer with a fire truck on it? We still think that is a neat idea, but our collecting took a turn and we don’t need this rig anymore. We think it is too nice to just sit.
Please note the pick-up truck toolbox is NOT included in the sale.
Truck is in excellent shape and ready to go. 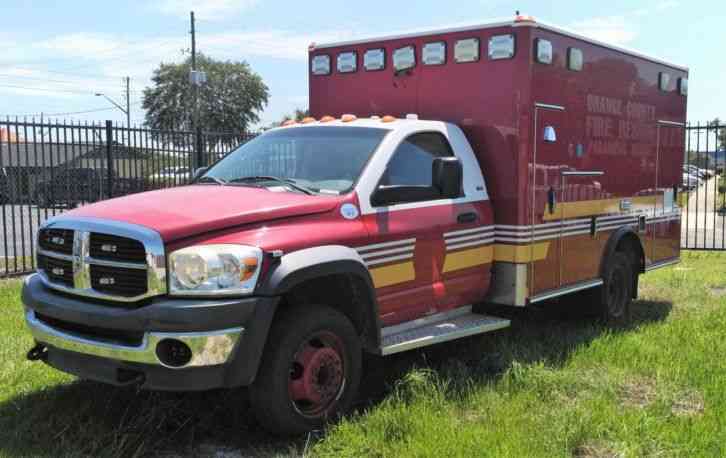 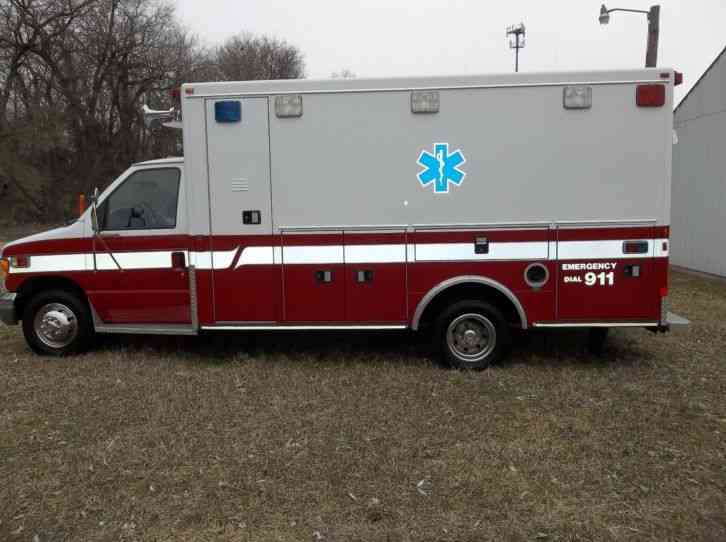 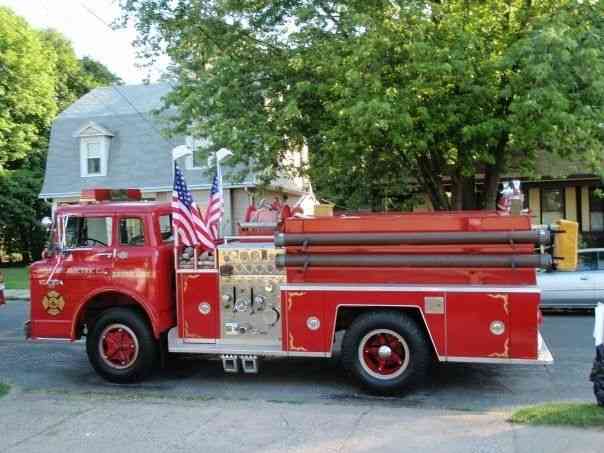 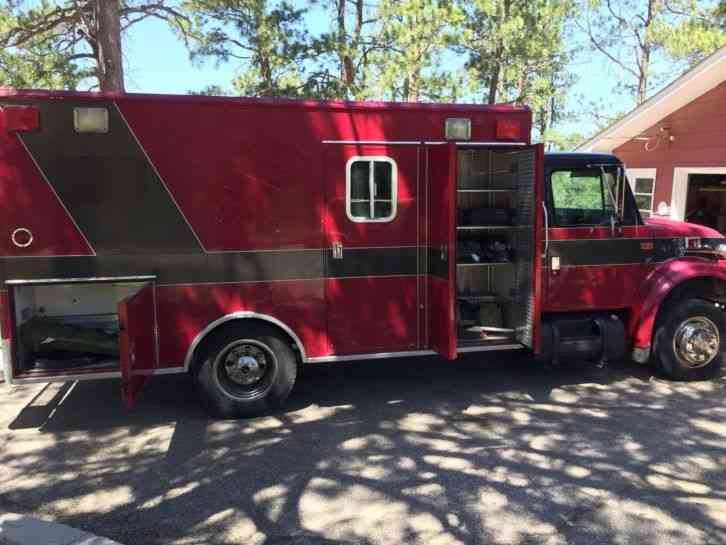