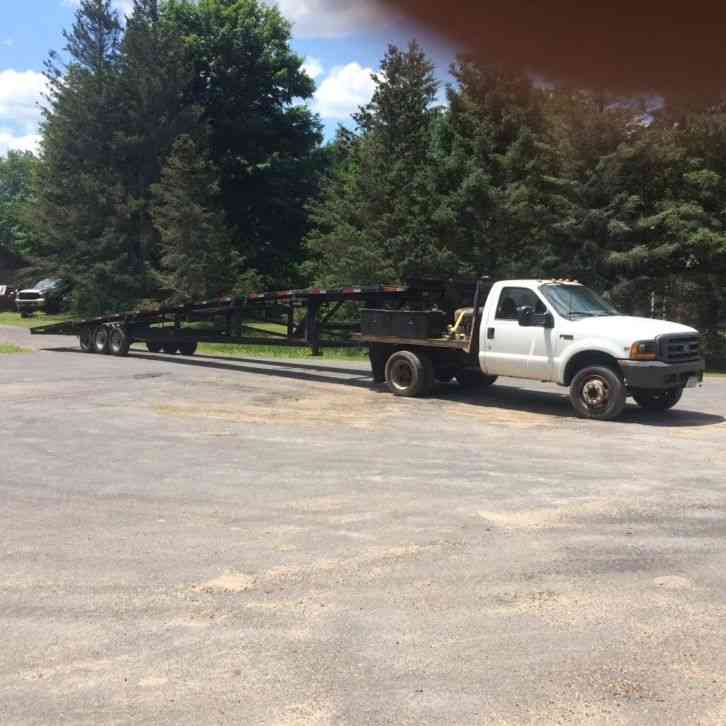 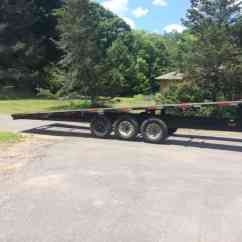 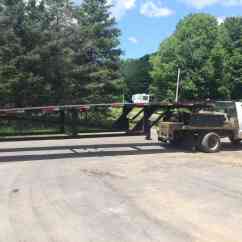 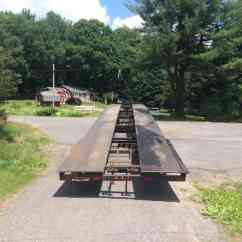 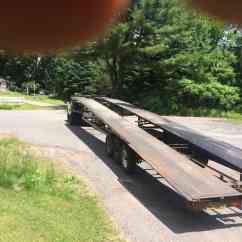 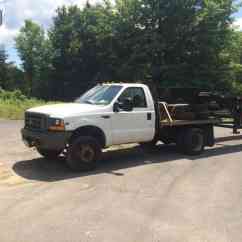 1999 Ford F-550 with flatbed 206,088 miles 6speed manual 2wd. There have been numerous upgrades done. The entire exhaust system has been changed manifolds, up pipes and turbo back. This is an early 99 engine so I have updated the engine to turbo exhaust to late 99-03 engine and the intake plenum have been updated to late 99-03 as well. In doing so the turbo has been rebuilt and a wicked wheel was installed along with replacing the turbo pedestal with a non-EBV one. The exhaust was replaced with 4 turbo back exhaust with cat delete. The intake system has been changed to a S&B intake with a high flow filter. The clutch was changed approximately 18k miles ago. I have changed all the ball joints in the front end. Now the bad the engine smokes until it warms up and it will need new batteries. The 2001 Kaufman trailer is a 51" long with 3" flip outs on the front. It has chain binders built in for holding the vehicles but you can also use straps if need be. There are no straps that will be coming with this trailer. I have replaced 2 of the 3 axles. I changed the battery for the electric brakes. This is being sold together I will not separate the two. I am selling this because I can no longer drive due to being in a car accident, my back can"t take the bouncing around anymore. Deposit of $500 due with 24 hours of auction end and full payment due within 7 days. Deposit is not refundable.

Other Commercial Pickups for sale offered via internet auctions: 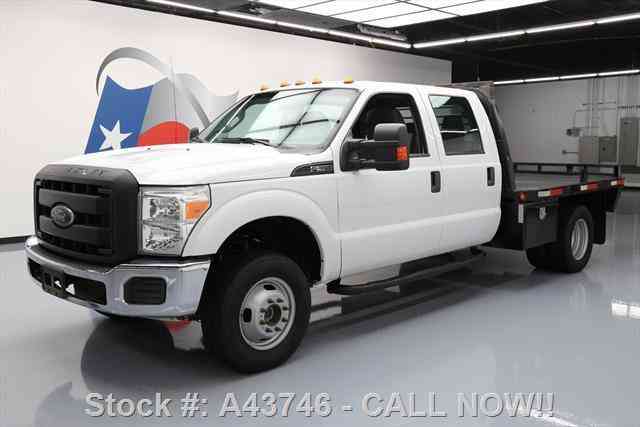 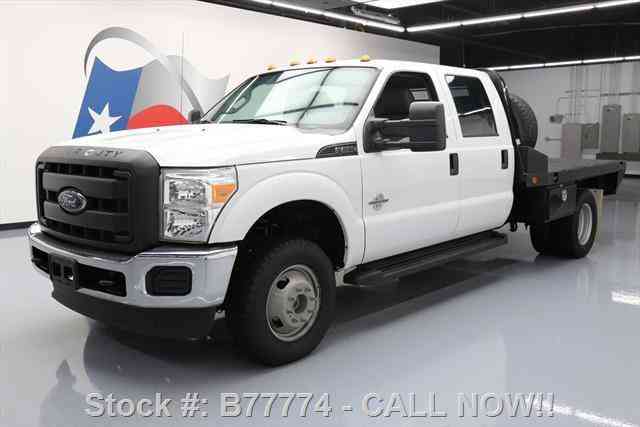 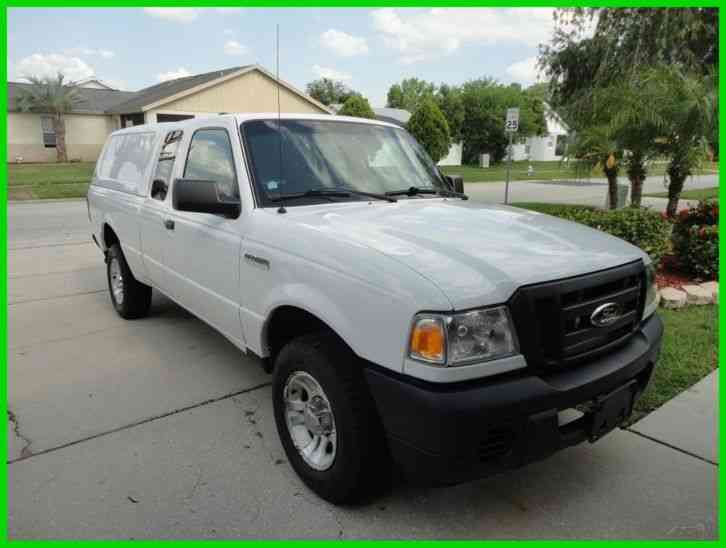 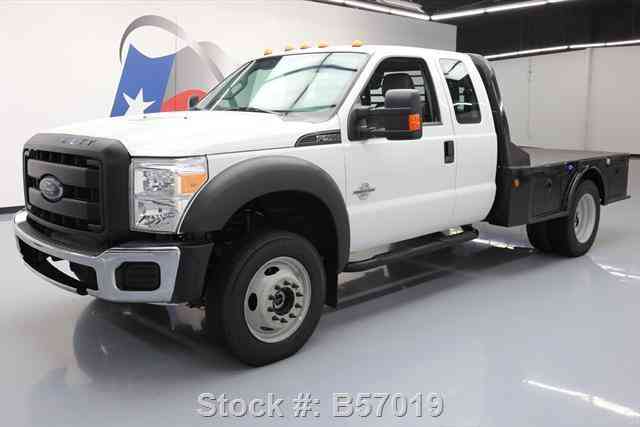