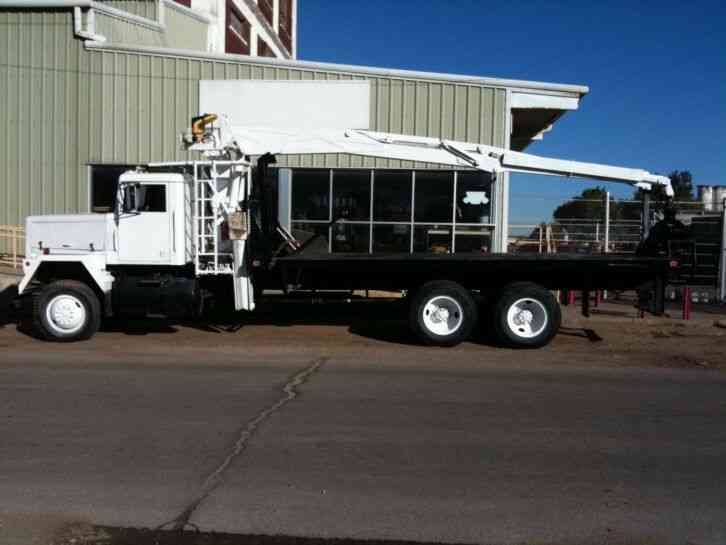 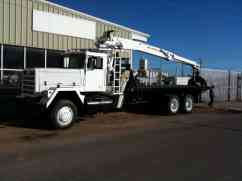 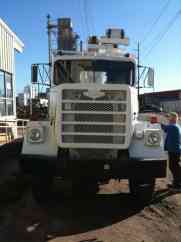 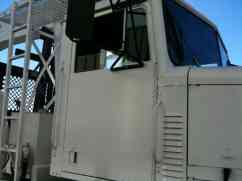 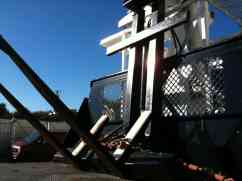 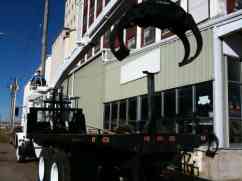 NICE SOLID TRUCK! MUST SELL! Buy the truck w/o the crane - or the crane only. Just ask.
HUGE! 1979 AM General 10T truck 6x6 (all 10 wheels are powered) Cummins 400 Turbo with Fuller 9 speed. I bought this from a New York State municipality that got it from the US government. At that time it showed 2100 miles on the odometer. They planned to use it as an oil tank dirt road spraying truck so they removed the automatic transmission and installed the Fuller manual transmission as they thought it was somehow better suited for that particular job. (*I have the original auto trans in a crate that you are welcome to). Soon after, the state of NY took over the job of road maintence state-wide so they no longer needed the truck. I bought it around 2004 I believe. This truck has been titled twice- once in NY and KS for private civilian use since it left the military.
The Truck: I had the frame professionally stretched 12 feet, moved the rear axels back 8 feet, added a new drive shaft and carrier, added a new 24" steel bed and installed the crane. I have probably driven it less than 500 miles since then. I planned tp use it to haul logs to my sawmill but after I sank $30k+ into it I discovered it was just too big of a truck for my needs. Now that I"m retired I"m confident I won"t be needing it.
It starts, runs and drives perfectly. All the gauges, switches and lights work fine. Other than needing detailed (plenty dusty and dirty from sitting outside), I think it"s ready to go. I wouldn"t be afraid to drive it cross-country. I just put in new batteries and had the water pump, gaskets and belt replaced as it was leaking a tiny bit. For years I have been starting and driving the truck around for 20 minutes at our big lot about once a month just to keep the batteries up. It has never once failed to start right up. No leaks, overheating, strange noises, knocks, smoke, excessive oil usage, etc.
The Crane: I bought this IMT 13,000 series crane used from the company that sold and serviced it from new. Before I had it installed on the truck I took it to a professional fabrication shop that does mostly government work and had them carefully inspect it all over looking for any hairline cracks to weak welds - which are almost always found in used cranes. They identified several very minor areas that they suggested repairing. They ground out several old welds, professionally re-welded them and then fabricated steel plates to cover the entire area, then welded the plates all around to beef up these areas. *Nothing was broken, bent, damaged, rusted, worn out or evident before they started. Had I not chosen to make these repairs I"ll bet it would have been just fine (the crane company that sold it to me apparently thought it would be ok) but with something this big and potentially dangerous, I thought it was worth the investment. So this crane is not just "an old used crane". I wouldn"t call it "rebuilt" but it is certainly in far better shape than most any other used one. *The log loading grapple and rotator are no longer on the truck and are not included. There is a nice big fork attachment for lifting pallets onto the bed that is included.
The Bad: While I wasn"t using the truck, some crackhead swiped a small hydraulic valve control unit off the truck, probably for the scrap value, sometime in the past. It only controlled the two outriggers and does not affect anything else. It had two joysticks and bolted to the side of the truck. I"m sure a brand new one would be costly, however, there are probably 100+ old cranes of the same brand, model and style just laying around in bone-piles at various IMT crane dealers across the country. Sometimes when they sell a new crane and take the old on in on trade they will save the entire crane, while other dealers will just save some valuable parts and discard the rest - in cases where they felt the crane was too worn or damaged to resell. I have just not bothered to get on the phone and track down a used valve body.
Title: I haven"t tagged this truck in more than a decade and it turns out that it is far less expensive for me to file for a new "quiet" title in the new owner"s name than it is for me to get a replacement title which requires me to get the truck insured, tagged and inspected ($2k+). My attorney tells me it is a relatively simple and routine procedure to spend $300 and get a new, valid "quiet" title, in any state, in the new owner"s name, but this takes 90 days. I can and will absolutely, positively guarantee the new owner a clean valid title delivered by Certified Mail to the new owner. I have ample documentation that I am the legal owner and the truck is free from any liens. I just haven"t used or titled it in 15+/- years.
I"ll sell the Truck with Crane, Crane only or Truck Only. If you don"t want the crane I"ll have it removed and you can buy just the truck. If you want only the crane, that"s fine too. I"ll make you a super deal either way. Just contact me to discuss. *see last pic
Make me an offer! Now that I"m retired I plan on selling my building and I will need to get rid of the truck soon. I"m already losing my shirt at this price but I will give any offer serious consideration.
Located in Wichita Kansas 67214.
Thanks! Dennis

Other Bucket / Boom Trucks for sale offered via internet auctions: 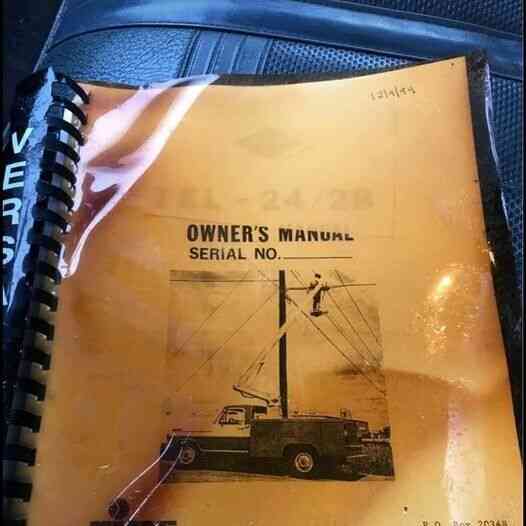 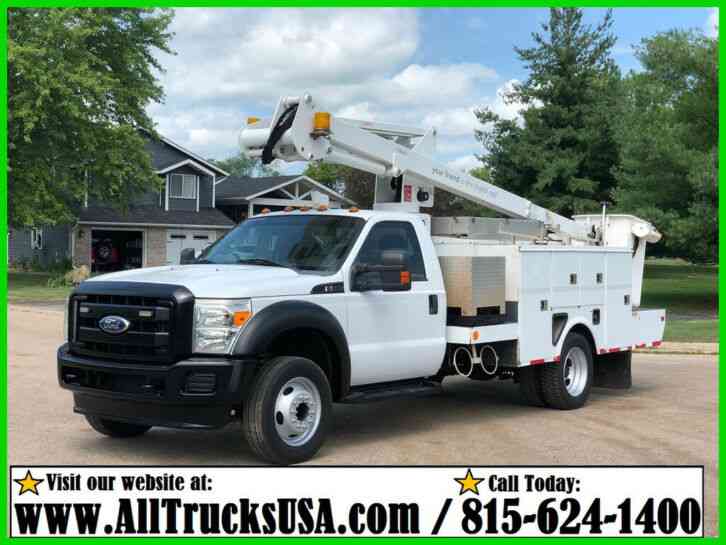 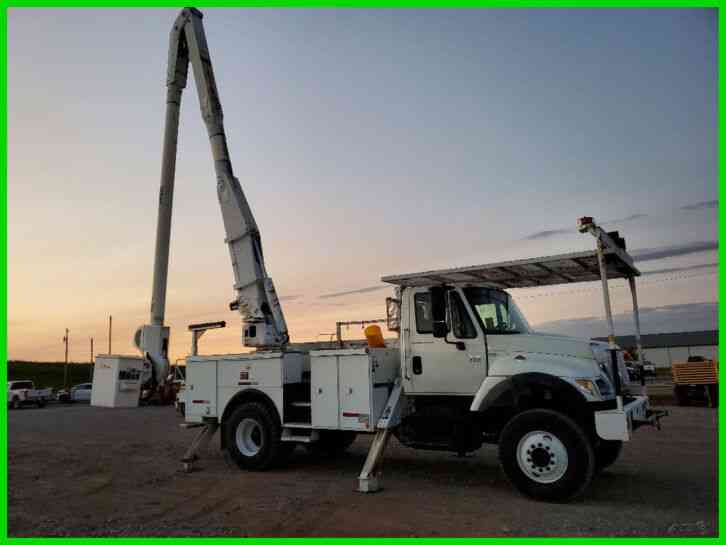 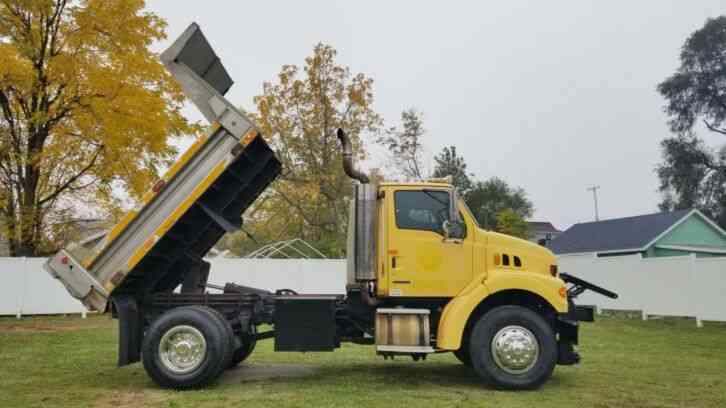